Basic Competition which was held on Sunday (10/12) at the Lab. The Karawitan of the Faculty of Language and Arts UNY with the theme “Be Youth Be Indonesian”, presented various interesting presentations from Band and Dance participants. “I feel proud to be standing here, I thank all the committee for preparing this event to the fullest. I also thank the participants who participated in the band and dance competitions we held.” Reveal Yahya as chief executive

The event which was held from this morning was attended by 13 Bazaar Stands with various types of products. This event is packed with two series of events. During the day, there is a band and dance competition event and in the evening an Awarding Night is held to announce the Dance and Band winners who have been judged by three judges from different backgrounds. The judges for this competition are practitioners and musicians who have been in the art world since they were young.

The Awarding night was enlivened by spectacular guest star performances. There was a dance performance from Yoga Karu who is a UNY Dancer, Fatimah C.P TOP 13th Dance Icon Indonesia from the PADP study program. Followed by the announcement of the winner with SDC Boys as the first winner and SDC Girls as the second winner in dance. The winners of the band competition were Sang Birawa Band as the first winner and New Flash Band as the second winner. The event continued with a stunning performance from Guest Star JND (Jendela New Diary) and closed with a performance from DJ Apple Ape.

The smooth running of this event is very happy for all the organizers of the 2017 Basic Competition because their preparation for approximately 3 months has paid off with a smooth presentation of the event. This event received support from various parties such as sponsors from bowling, carousel store, helo piscok, d'gejrot kemek, starcross, roemi, gudeg bu amad, special Sambal stall, penyetan stall bu Wid, meatball skewer bu saina, joglo, anyway. This event was supported by Elita veil, Volcano and CWK, as well as media partners from Magenta Radio, Jogja had events, messages for uny children, and campus events. The involvement of these parties greatly helped the running of the 2017 Basic Competition event.

"We are very grateful to all parties who support the smooth implementation of this event, especially to sponsors and media partners who really support our event," said Yahya expressing his gratitude. (Basic Official/Cs) 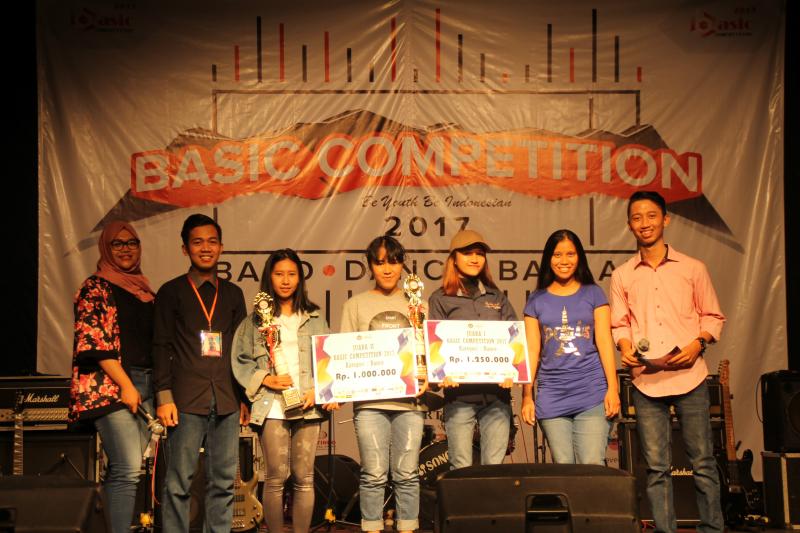 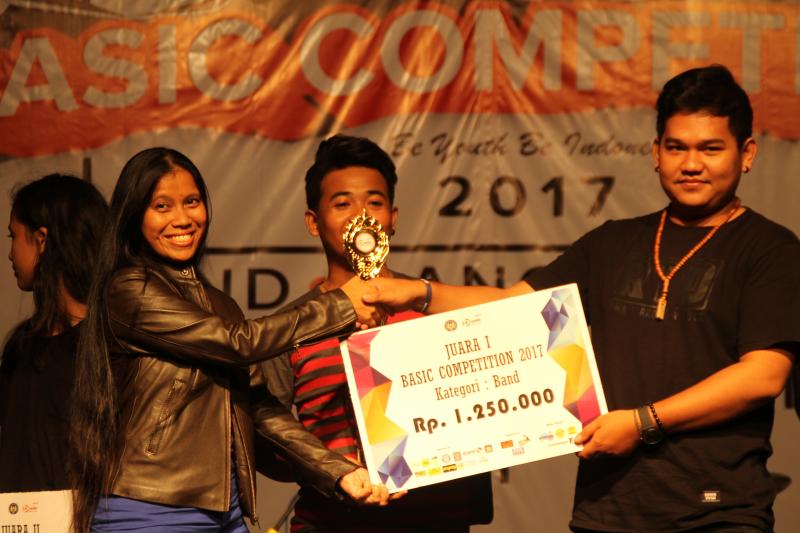 Chusnu Syarifa Diah Kusuma as the Event Management supervisor handed over the prize for the 1st Winner of the Band Competition, Sang Birawa!